When I arrived in New York City after graduate school, I was a newly-minted Equity Actor, clutching my M.F.A. in my hot little hand. I went on audition after audition, did workshops and readings and tiny parts in movies and television shows. It’s hard being an actor, but I loved it. 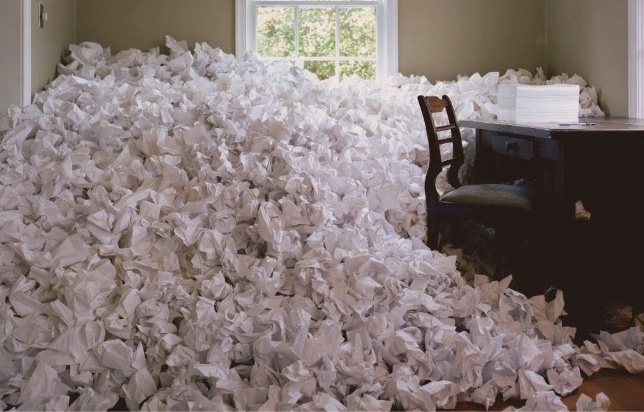 After a few years, I started writing plays. Mostly as a way to work creatively whenever I wanted (at least the sitting down and writing part), rather than whenever someone ‘let’ me. I took a few classes, joined a community of theatre artists, and started to have my plays produced. That’s when writing took over for me.

One of the most helpful things I did for my budding playwriting career was to join The Dramatists Guild. Wait, you say, playwrights have a Guild? Why, yes they do! They give writers a voice by helping us to band together and learn from each other. Their mission statement: 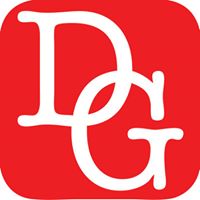 “Since its establishment in 1919, the mission of the Guild has been to provide its members with education, advocacy, opportunity, and community.”

Joining the Guild made me feel like a real writer. A professional. And like I’m not alone out there. That by itself was worth the price of admission. Seeing a little asterisk by my name in a program, letting people know that I’m a member, gives me a little thrill. It lets everybody know that I’m legit. I’m part of a larger group of theatre writers –  working playwrights, and want-to-be working playwrights, as well as Tony, Pulitzer, and other award-winning writers like Tina Howe, Marsha Norma, Lin-Manuel Miranda, and Emily Mann. Not bad, right?

I spoke with Emmanuel Wilson, Director of Membership, about why the Dramatists Guild is so important to so many writers.

GLB: For me, joining the Guild has given me a sense of community, among many other things. What would you say is the #1 reason a playwright should join the Guild?

EW: I would say that it’s a moral reason – playwrights in America are not allowed to unionize. The government doesn’t see us as employees. They see us as owners of properties (our plays). We’re the only theatre artists with no union. In order to effect change, writers have to come together and pool their efforts one by one. Legends of the theatre like Lillian Hellman, Eugene O’Neill, Tennessee Williams and more, beginning 100 years ago, thought it necessary to be a part of this because we are building a community. The only way things change is by knowing that we have the 8,000 members of the Guild behind us in negotiations. Building their business knowledge, pooling resources. So that an individual playwright can walk into the room and say “my work has value.” Unions 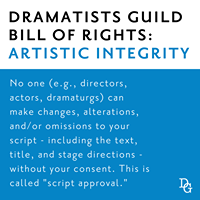 speak with one voice. The Dramatists Guild is 8,000 voices coming together. The more we pool our efforts, the better we can catch our brothers and sisters before something bad happens. You’re helping to be an ambassador. If it’s important enough to you to call yourself a theatre writer, then it’s important to join, and not only help yourself, but help each other. It takes a long time to get your work out there – Guild membership helps make sure that it’s respected. Because we aren’t a union, we have to take the power to say how our work should be done.

GLB: Can you elaborate on how the Dramatists Guild is different from a union?

EW: We can’t offer health insurance, we can’t collective bargain, enforce industry standards, or enforce our rules. Everything comes from the writer, but we have all the resources to go into contract negotiations informed. It’s a much more personal and interpersonal relationship with members. One by one. Within the context and with the knowledge of what’s happened before, for a hundred years. Because our relationship is different than other theatre artists – someone has to read our work, find value, figure out what it’s trying to say, and this creates a wall, a sense of us at the gate begging to be let in. There’s a sense that producing our plays is a favor to us. But other members have made the mistakes, and found ways to make sure that the work is valued. And they have your back.

GLB: Is there anything else that you think it’s important for people to know about The Guild?

EW: We are the trade association for theatre writers. Our essential goal is to provide a baseline of knowledge for every writer, so that they know how to handle their business. We are a network of organizations created to respond to the needs of the dramatist. We have the education aspect with the Institute of Dramatic Writing. But more than that, it’s how big we are – the scope of our history and what has come out of our organization. There’s the Dramatists Guild Foundation which supports writers and theatres with grants, free rehearsal spaces, etc. DG Copyright Management, which answers the question, who’s going to protect [my work], have my best interest, when I’m not here. The Lilly Awards, named after Lillian Hellman, which promote gender parity and celebrate women in the theatre. The Dramatists Play Service, which was formed at the Guild in reaction to, at the time, a monopoly within the publishing business. The Dramatists Legal Defense Fund which fights in defense of the first amendment. You don’t need to be a member of the Dramatists Guild to receive help from these other organizations. There are many writers who aren’t members, who benefit from the Guild without even knowing it.

We’re about social justice. Helping writers make a living, in whatever way, part time or completely, from their work. Making sure that their work is valued.

For more theater talk, join us on June 9, when playwright, director and co-founder of Theater Three Collaborative Karen Malpede will be our guest.

View all posts by Jody Strimling-Muchow